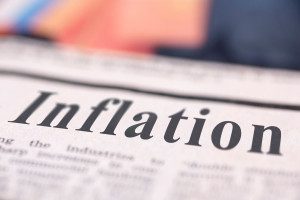 As we all know, the media simply rolls from one crisis theme to the next. Catastrophic journalism continues to be alive and well. The latest crisis theme is inflation. But like most media-induced “crises”, I’m not too concerned about this one. Inflation certainly could get uncomfortable over the next six to twelve months, but there are reasons to think it won’t take root like the “Great Inflation” of the 1970s. There is a lot here, so I will do my best to break it down and explain things simply.

Both the Federal Reserve (monetary) and Congress (fiscal) acted strongly when Covid struck – much more aggressively than during the so-called Great Recession in 2008. The Federal Reserve has implemented extreme easy money policies including – but certainly not limited to – anchoring short-term interest rates near zero. On the fiscal side, Congress injected money directly into the system via “stimulus” checks, forgivable loans, expanded unemployment benefits, and deferred payments on rents and mortgages. Add all this up, and it’s like giving your 3-year old grandson a 6-pack of Mountain Dew and a box of Ding Dongs. Look out! The money supply has increased about 26 to 30% in the last year – it normally increases about 5-7%.[1] So there is a ton of money sloshing around in the system.

Severe supply chain disruptions and labor shortages are also putting pressure on prices. It appears that some government actions could be contributing to these pressures, though it’s not entirely clear. My hope is that the pressures will resolve once all states fully reopen and generous unemployment benefits are reduced.

The bond market has mostly shrugged off the inflation concerns, but the dollar has been under pressure – so there is cause for concern. Interest rates follow inflation, and the yield on the 10-year government note shot up to around 1.75% from .9% in the first quarter on inflation concerns. That caught market participants by surprise. However, the yield has fallen back near 1.45% as of this writing. Commodity prices have risen substantially. So has real estate. And the various consumer and producer inflation indexes are showing that inflation is now working its way into the system.

Forces That Should Keep Inflation Under Control

Technology, an aging demographic, government policies that favor regulation – though this can cut both ways – and a mid-term election next year should all work together to keep inflation under control. Higher taxes could also play a role. I have written for years that technology doesn’t get enough credit for keeping inflation under control. Nothing has changed with that thesis. If anything, Covid accelerated technology’s impact.

The Great Inflation of the 1970s

In retrospect, the causes of the Great Inflation of the 1960s and 70s shouldn’t have been a surprise. Demographics, easy Fed policies, elimination of the last link to the gold standard, and a heavy reliance on Middle East oil primarily led to the inflation. First, the Baby Boomers began hitting the system with a tsunami of demand. We simply couldn’t increase supply fast enough to meet demand like we can today. Second, Fed historians generally agree that the Federal Reserve was too easy with the money supply – and they are certainly easy today! Third, once Nixon closed the gold window to foreign banks, all discipline that a gold standard forced on the U.S. was eliminated. Hopefully, we’ve learned a bit since then. Fourth, we relied heavily on Middle East oil that was painfully brought to light during the 1973 and 1979 oil crises – and please note that energy was a much larger percentage of the economy back then. Let’s hope that we can continue to maintain the energy independence that we’ve achieved over the last 15 years or so. Lastly, throw in LBJ’s Great Society spending initiatives and the Vietnam war, and you had an inflationary hot mess. Yes, today’s situation has parallels to the 1970s, but I believe that better demographics and improved technology will keep us from another Great Inflation.

If inflation ends up surprising to the upside, you will want to own stocks over bonds. Stocks are generally a good asset class that can handle inflationary pressures. Now, it won’t be pretty in the short-term, because stock prices will adjust to reflect new assumptions. But management teams can generally respond with price increases and improvements in productivity via technology. Assuming things don’t get too uncertain, management teams should be able navigate the current environment and continue to make profitable investments for shareholders. As a bondholder, however, you’re stuck with the rate of interest on the bond you purchased.[2] Therefore, bonds can be a bad place to be during periods of unexpected inflation.

Most of the inflation so far has been contained on the goods side – not services. But the concern here is that the Federal Reserve might have to increase interest rates sooner than expected if inflation runs too hot, especially if inflation expectations get imbedded into wages. That would certainly cause disruption in markets. And frankly, that might happen. If it does, then it does. Please know that we have set up financial plans to account for these inevitable dips in stock prices. And if it does happen, it’s best to think opportunistically, such as moving available cash into stocks or converting traditional IRA funds to a Roth IRA.[3] Investing is never risk-free.

Bottom Line: Nobody knows for sure where these inflationary pressures end up, and it could get rather uncomfortable before it gets better. But like all uncertainties, I believe that sticking to a strategy pursuant to your financial plan gives you the best chance of reaching the goals in your financial plan. After inflation, you can bet the media will be on to the next journalistic catastrophe. In the meantime, stay patient, stay disciplined, and stay invested!

[1] https://fred.stlouisfed.org/series/WM2NS[2] Unless you own U.S. Government Treasury Inflation Protected Securities (TIPS).[3] When stock prices are down, it can be a good time to move shares of stock to a Roth IRA. You can convert the same number of shares at a lower tax cost. Then, assuming stock prices rebound, the shares rebound inside a tax-free vehicle.

Traditional IRA account owners have considerations to make before performing a Roth IRA conversion. These primarily include income tax consequences on the converted amount in the year of conversion, withdrawal limitations from a Roth IRA, and income limitations for future contributions to a Roth IRA. In addition, if you are required to take a required minimum distribution (RMD) in the year you convert, you must do so before converting to a Roth IRA.