The Super Bowl “Indicator”, the Madness of Crowds, and a Long-Term Perspective 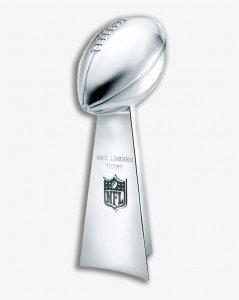 “Every age has its peculiar folly: some scheme, project or fantasy into which it plunges, spurred on by the love gain, the necessity of excitement, or the mere force of imitation.” – Charles Mackay, Extraordinary Popular Delusions and the Madness of Crowds, 1841.

According to LPL, if the AFC wins the Super Bowl, the S&P Index has been up 7.1% on average for the year versus 10.2% for the NFC. Stocks have been “quite weak” when Tom Brady loses. And out of the 27 NFC winners, the best stock returns came when the Tampa Bay Buccaneers won. Who knew! (By the way, LPL wasn’t serious with this).

As with Gamestop and attempts to corner the silver market, it works…until it doesn’t. And so it is, and so it always has been. The madness of crowds is beginning to get my attention – euphoria might finally be entering the market for the first time in over 20 years. But it’s not all bad. I learned a new investment strategy this week: it’s called YOLO, which stands for You Only Live Once, so gamble as hard as you can in the stock market. Please don’t try this at home, people. As one with an adult memory, I can’t help but think of the late 1990’s when it was said, with a straight face, the new way to gauge a company’s value was based on the number of eyeballs going to websites. Earnings? What are those?

Using the Super Bowl or social media as a basis for investment decisions is akin to checking on when Mercury will be in Retrograde, looking to Presidential cycles or which political party is in power, and using “golden” and “death crosses”. Correlation is not causation!! Speculate and gamble away, if you must, but this sort of stuff is not investing with your hard-earned capital.

As an investor looking to reach long-term goals within a financial plan, your approach is a more sober and, admittedly, less exciting one. Stock prices rise because of human flourishing in the form of management teams using ideas and resources to deliver products and services that improve our lives. This has led to a steady and relentless rise in corporate earnings and dividends for over two centuries. I am attaching an article by my long-term mentor and author, Nick Murray, to give you a sense of where we’ve been the last 50 years. Enjoy! And Go Chiefs!! 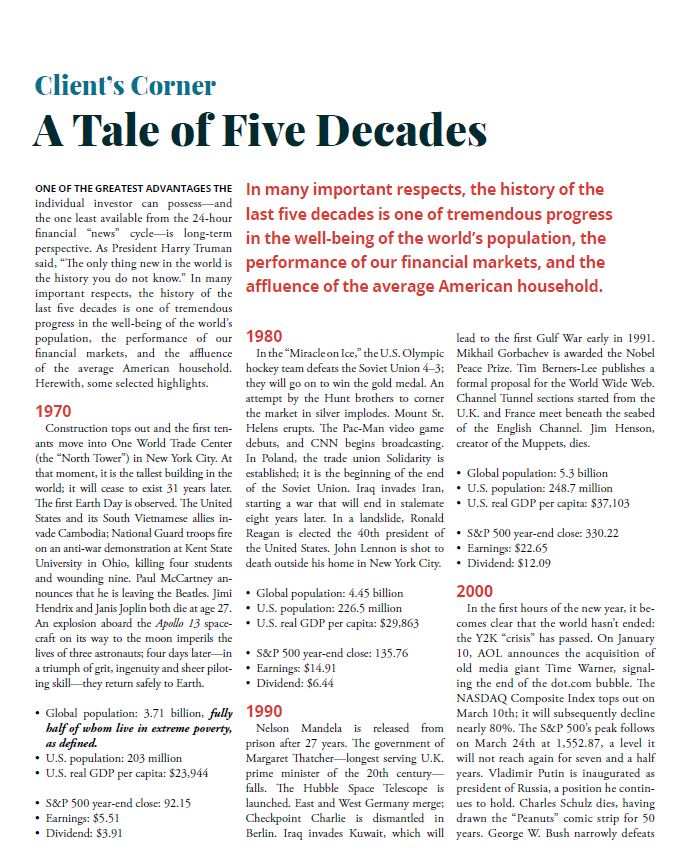