A Brief History of Flus and Viruses in the U.S. 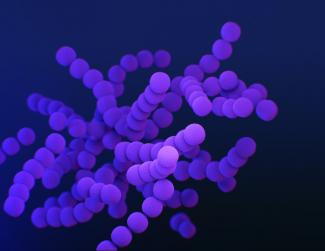 As fear works its way through financial markets, it might be helpful to review a brief history on pandemics to help keep things in perspective.

The world was a different place in 1918. Europe was ravaged by World War I, and antibiotics had not yet been discovered. The flu is a virus, but people often die from secondary complications caused by bacterial pneumonia. The Spanish Flu killed an estimated 675,000 Americans – and this was when the U.S. population was only around 106 million! A deep recession set in during 1920-21 that is attributed mainly to the after-effects of war and returning veterans. The Dow Jones Industrial Average fell 35% in 1920 to close the year at 72. But it rebounded and soared to 381 by the end of the decade.

The Other Viruses in the Last 40 years 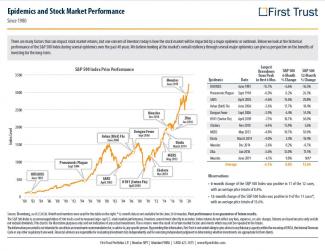 The Current Downturn in Stock Prices

At its peak in mid-February, the S&P 500 was trading around 19 times forward earnings of the companies that comprise the index. The 5-year average is around 16.7 – and a little lower for longer time periods.[5] In other words, perhaps stocks were getting a little ahead of themselves.

The virus undoubtedly will impact 2020 corporate earnings – we just don’t know how much. But if history is a guide, we will get past this Coronavirus, and investors will begin looking to 2021 earnings estimates, which are currently around 195 per share.[6] At a 16.7 P/E multiple, that would put the S&P 500 at 3,256. Given extremely low bond yields/interest rates, a multiple of 18 is arguably reasonable, and this would give us a potential valuation of 3,500. This is in no way a market prediction – simply a way of reminding you that numbers ultimately matter when it comes to valuations.

I know that staying the course during times like this are difficult. But please remember that reacting to market developments has historically been a bad idea. I remain confident and optimistic that investors will be rewarded for staying invested.