Is The U.S. Economy Entering a Deflationary Boom? 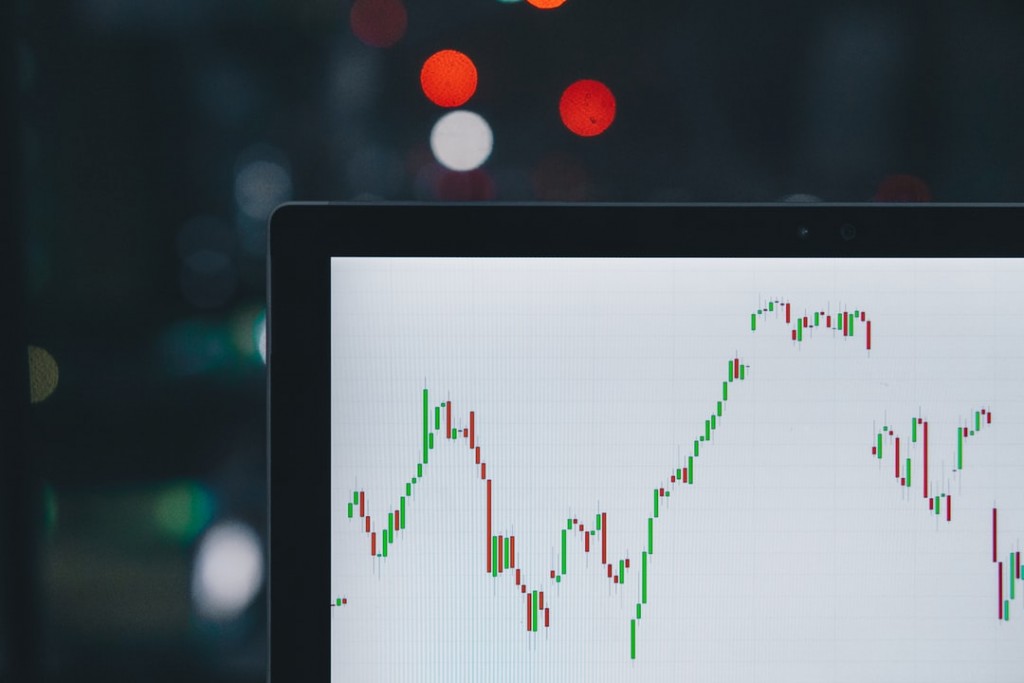 Under Ben Bernanke, the Federal Reserve set a policy of targeting inflation at 2%. Bernanke is apparently a dedicated student of the Great Depression, which brought extreme deflation to the U.S. in the early 1930’s – the “bad” kind of deflation where people don’t spend money. Bernanke joked about dumping cash out of helicopters, if necessary, to avoid deflation (I know, central bankers aren’t that funny). But a 2% inflation target might be a difficult objective because technology is causing a benign form of deflation/disinflation, and this trend should accelerate in the coming years. The Fed might be “fighting against the wind” as technology overwhelms the Fed and foreign central bank efforts to create inflation in the U.S. and overseas.

Modern economic models suggest that interest rates and inflation should rise as the economy heats up and the unemployment rate drops. By most metrics, the U.S. economy is booming thus causing the unemployment rate to fall to its lowest level since the 1960s. Yet the yield on a 10-year U.S. government bond remains stubbornly low and has recently alarmed many market participants by dropping to around 1.7%. All this while inflation remains low. Federal Reserve officials have appeared perplexed at times – this isn’t supposed to be happening! But could it be that the U.S. economy is entering a deflationary/disinflationary boom? Is the bull market in stocks ending as so many experts are predicting? Or will this bull keep running as prices remain steadier than in the past and borrowing costs stay low?

Today, many innovative technologies are coming of age at the same time: robotics, artificial intelligence, 3D/4D printing, energy storage, the 5G network, genomic sequencing, nanotechnology, and blockchain technology. Quantum computing could be here soon, too. And don’t forget what fracking has done to the energy industry. Computing power has essentially doubled every 18 to 24 months for decades.[1] This growth is exponential – not linear – meaning that new, impactful technologies are now coming on board and being adopted quickly. And these technologies are beginning to disrupt a wide variety of industries that will transform how we live and work. From an economic perspective, these technologies are deflationary. In contrast, the Fed’s economic models are based on an industrial world dominated by inflationary concerns. Might these models be outdated? For example, how does gross domestic product (GDP) capture services that are now free, such as apps on your phone?

Please note that your writer takes no position on short-term market movements in stocks, so please don’t hear these comments as a market prediction. Rather, I think the longer-term uptrend in stock prices looks bright and will be driven by technological forces that are yet to be fully appreciated by investors.

Should We Fear an Inverted Yield Curve?

When long-term rates drop, it is believed that the bond market is sending a signal that lower growth – perhaps recession – lies ahead. While that has been mostly true since WWII, it apparently was not the case further back in time. From the Civil War (1865) up until WWI (1914), we saw technological breakthroughs that radically transformed how we lived and worked. The internal combustion engine, railroads, telegraph, vaccines, telephone, electricity, etc. triggered the Second Industrial Revolution and a booming economy in the U.S. and Europe. While the data is less comprehensive back then, apparently the U.S. experienced an inverted yield curve for a majority of the time – and a mildly deflationary economy.[2] Perhaps today’s market prognosticators need to go back a little further in history. And maybe the bond market is not, in fact, signaling slower growth – just deflationary growth.

From 1865 through 1913, the average inflation rate in the U.S. was -1.03%. That’s right, prices fell about 40 percent over this time period.[3] And the good folks who were tracking inflation back then were not counting “quality improvements” and “substitution” like the government does today.[4] If those were included, then that time period was even more deflationary.

Mainstream economics says that our massive U.S. federal debt (current and projected) along with historically low interest rates should lead to inflation. But we haven’t seen inflation, so why is this? Perhaps the answer lies in the developing field of economics called Modern Monetary Theory (MMT). MMT essentially says that the U.S. does not have to be too concerned if we are purchasing goods and services in our own currency. This is because we can print money to buy these things (i.e., the Fed “keystrokes” money into existence). MMT proponents acknowledge that there is a limit to how much money can be printed before bad things happen, but they argue that this limit is much greater than is accepted by mainstream economics. In fact, MMT proponents argue that a large government debt leads to lower interest rates.[5] And interest rates and inflation tend to move together. MMT is controversial, to say the least. But it has some interesting ideas and is gaining momentum.

To be sure, there will continue to be pockets of inflation – for example, government policies (think tariffs), areas of the real estate market, long-term care expenses, and any other market that experiences temporary supply bottlenecks. But the overall trend should be towards steady to declining prices.

Bottom Line: The future might be brighter – and less expensive! – than many market experts are predicting. Stay patient, stay disciplined and stay invested.

[2] In addition to technological advancements, the U.S. was on a gold standard during this time that held inflation in check. Franklin Roosevelt took the U.S. off the gold standard in 1933, and Nixon finished it off in 1971 when he closed the gold window to foreign banks. Sound money proponents argue that inflation is caused by our fiat money system and the Federal Reserve.

[4] Inflation statistics in the U.S. are reduced to account for “quality improvements” and “substitution”. For example, car prices might increase by 3%. But if the 3% can be attributed to an improvement in the product, such as a safety feature, then there is no inflation in the official statistics. Likewise, if the customer can “substitute” another product, then the official government inflation rate is reduced. If the price of steak goes up, you might buy another type of meat – i.e., you substituted products and therefore avoided the price increase.

[5] Budget deficits increase bank reserves. When banks hold excess reserves, they will either hold them at the Fed to receive interest (currently 2.1%), lend them in the interbank lending market (loans to other banks), or lend them to the public. Lending excess reserves in the interbank lending market depresses interest rates because supply exceeds demand. And now interest rates have recently fallen below the 2.1% level, so there is an incentive for banks simply to hold excess reserves at the Fed. Some argue this is contracting the money supply – which is deflationary. For now, the money supply and commercial and industrial loan activity continues to expand at a healthy level. 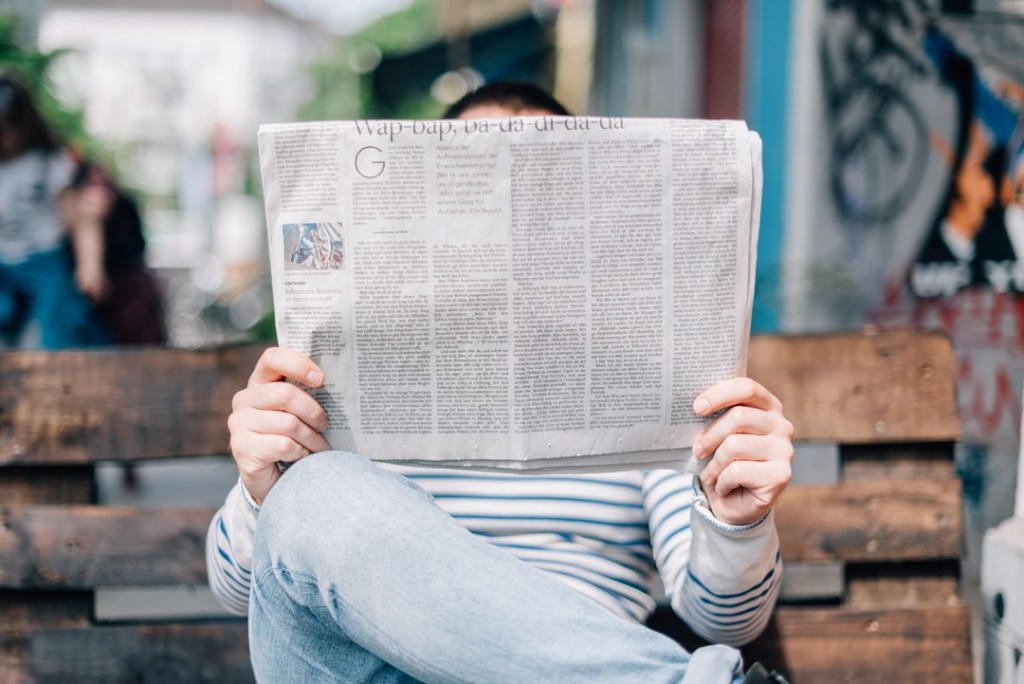 The media was blaring the bad news headlines again last week. It can be comical when you step back from it – but it becomes tragic when investors actually take action based on the media. Below, I have listed headlines from just two days in the Wall Street Journal last week – that’s right, only two days. If you didn’t know better, you would think that the planet was heading into the abyss of darkness with no return. These headlines were printed from the normally sober Wall Street Journal. And I assure you that it’s worse with the online financial sensationalized sites.

Admittedly, the longer this tariff/trade war drags on, the more likely it is that it could turn into a bigger problem. It bears watching. History teaches that nations must trade with each other. But for now, U.S. corporate profits are at record highs, inflation remains low, and the unemployment level is lower than it has been since the 1960s. Wages and hours worked are up substantially thereby fueling consumer spending. Household debt service ratio is lower than it’s been in over 40 years, and household net worth reached a new high in the 2nd quarter. Productivity and GDP were surprisingly strong in the second quarter – both beating expectations. In sum, things look pretty good here in the world’s largest economy.

As of this writing, the S&P 500 is only off about 5% from its recent high. Please keep in mind that, since 1980, the S&P 500 has retreated – on average – almost 14% in any given calendar year from a prior high point. Yet, it was positive in 29 of those 39 years.[1] Please be careful what you allow into your minds. The media is not your friend. They don’t know you, they don’t know your financial plan, and they don’t care about you. They are there to sell you more media. It’s best to stay focused, stay disciplined, stay patient…and stay invested.